In the case of procedural instruments, several works dealing with aspects of the subject provided a broad sense of which direction to pursue in attempting to elevate this area of instrument studies to the level that substantive implementation instrument research had attained through taxonomy construction and model-building (Walker 1983; 1991; Qualter 1985). In their 1988 work, for example, Bressers and Klok (1988) had noted the ways in which ‘subjective rational actors’ can be influenced by manipulation of the alternatives placed before them and that different instruments can affect the number of policy options developed in the policy process, or the calculations of costs and benefits of alternative courses of action made by policy actors. While some of the instruments they examined were ‘substantive’ (for example, the use of licences to affect the cost of certain activities), most of the instruments captured by their scheme were procedural; especially those dealing with the selective creation, provision and diffusion of information to policy actors. 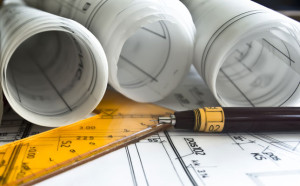 Taken together, the works of Bressers and Klok, along with that of Schneider and Ingram, and others in the U.S. and Europe, identified a large number of procedural instruments, their inventory, like that in the case of substantive tools, being accompanied by several ideas about how to classify them (Chapman 1973; Weiss and Tschirhart 1994). These authors identified, among others, tools involved in education, training, institution creation, the selective provision of information, formal evaluations, hearings, and institutional reform (Wraith and Lamb 1971; Chapman 1973; Kernaghan 1985; Peters 1992; Weiss and Tschirhart 1994; Bellehumeur 1997). Research into the tools and mechanisms used in intergovernmental regulatory design also identified several other such instruments, including intergovernmental ‘treaties’ and a variety of ‘political agreements’ that can affect target-group recognition of government intentions and vice versa (Bulmer 1993; Doern and Wilks 1998; Harrison 1999). Other research into interest-group behaviour and activities highlighted the existence of tools related to group creation and manipulation, including the role played by private or public sector patrons in aiding the formation and activities of such groups (Burt 1990; Phillips 1991; Pal 1993; Finkle et al. 1994; Nownes and Neeley 1996; Lowry 1999). Still other specialized research into aspects of contemporary policy-making highlighted the use of procedural techniques such as the provision of research funding for, and access to, investigative hearings and tribunals (Salter and Slaco 1981; Gormley 1989; Cairns 1990; Jenson 1994).

While most researchers focused on the manner in which these instruments were used to enhance ‘desirable’ traits in public policy-making such as enhanced participation and the wider dissemination of policy-relevant knowledge, some scholars like Saward (1992) also emphasized that procedural tools were also used to ‘negatively’ affect interest groups’ and other actors’ behaviour: that is, to restrict their freedom to associate and engage in policyinfluencing activities. This latter research highlighted the role such tools have played on the ‘dark side’ of politics and policy-making; for example, suppressing government enemies and rewarding friends via punishment, exclusions and denial of information (Goodin 1980; Saward 1990; 1992).

Examples of ‘negative’ procedural policy tools identified at this time included co-opting opponents through provision of funds and other privileges; denying information; keeping opponents’ views from the public; penalizing opponents by denying funding or recognition; fragmenting opposition – divide and conquer – by selective rewarding; rewarding ‘neutrals’; adding administrative hurdles and costs to opponents; and many more. These latter studies all existed outside the mainstream of policy instrument research, which continued to focus almost exclusively on substantive implementation tools but were ready to be used when policy design and implementation studies moved in a procedural direction in the late 1990s.

Hood’s taxonomy of substantive instruments could be modified to help make sense out of this disparate list of procedural tools and this task was undertaken in the late 1990s in several quarters. Classifying procedural instruments just as Hood had done for their substantive counterparts, that is in accordance with the type of ‘governing resource’ on which they primarily rely for their effectiveness, generated a useful preliminary taxonomy of procedural tools. Drawing a distinction between ‘positive’ and ‘negative’ uses of governing resources in terms of whether they encourage or discourage actor participation in policy processes further parallels the ‘effector–detector’ distinction made in Hood’s original discussion of substantive tools (Howlett 2000) (see Table 1).

As was the case with Hood’s discussion of substantive instruments, this taxonomy is useful in so far as it highlights a small number of different basic resources used by different types of procedural tools and therefore allows a virtually unlimited number of such instruments to be placed in a limited number of general categories, preparing the ground for the development of improved understandings of the basic contours and possibilities tool selection and of policy designs. This insight allows a simplified NATO model to be set out in Table 2, which includes both procedural and substantive tools as well as a clearer idea of what constitutes a basic governing resource.

Table 2: A simplified taxonomy of substantive and procedural implementation tools